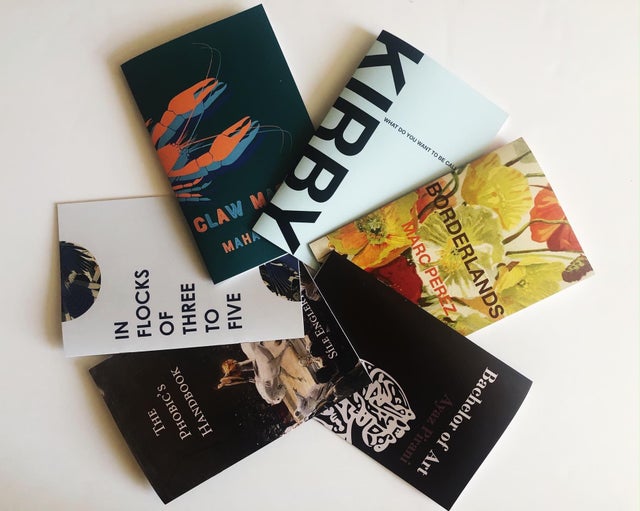 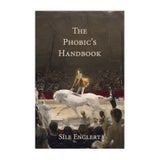 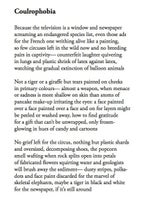 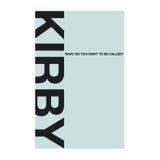 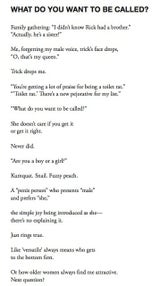 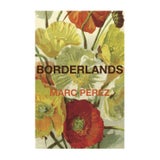 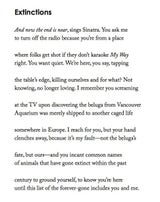 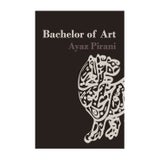 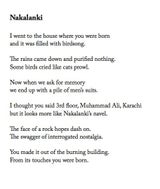 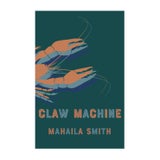 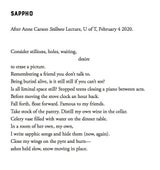 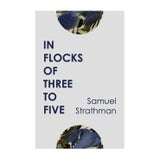 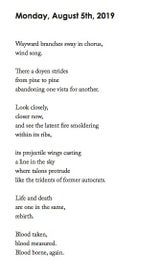 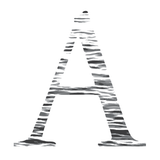 KIRBY What Do You Want To Be Called?

SAMUEL STRATHMAN In Flocks of Three to Five

is a poet, fiction writer and multi-disciplinary artist living in London, Ontario. She is the author of Threadbare (Baseline Press, 2019) Her poetry and fiction have appeared in journals including: The Fiddlehead, Room Magazine, Contemporary Verse 2, The /tƐmz/ Review, Canthius, The Minola Review, Freefall Magazine and Long Con Magazine. Síle’s first full-length poetry collection is forthcoming from Icehouse in 2021.

Born and raised in the Philippines, Marc Perez lives on the unceded territories of the Musqueam, Squamish, and Tsleil-Waututh First Nations. His fiction, creative nonfiction, and poetry have appeared in Ricepaper, PRISM international, TAYO Literary Magazine, and Contemporary Verse 2. He is a recipient of a BC Arts Council Scholarship and an Honorable Mention in the 2019 LUSH Triumphant Literary Awards. He writes in English as a second language.

Ayaz Pirani studied Humanities in Toronto and Montreal. His degree is from Vermont College. His books include Happy You Are Here (The Word Works, 2016) and Kabir’s Jacket Has a Thousand Pockets (Mawenzi House, 2019). Ayaz’s work recently appeared in Arc Poetry Magazine, The Antigonish Review, and The Malahat Review. He lives near Monterey Bay, California.

Mahaila Smith is a writer from Ottawa, who studies archaeology at the University of Toronto. She has worked as a lifeguard at the Varsity pool, and as an archaeological field technician in the GTA. Her poetry has appeared in various U of T literary reviews.

Samuel Strathman is a Canadian poet, author, educator, and editor at Cypress: A Poetry Journal. Some of his poems have appeared in Elephants Never, Truly U Review, Talking About Strawberries All of the Time, and on Dusie, as well other magazines. He lives in Toronto, Ontario with his two cats, Archie and China. This is his first chapbook.