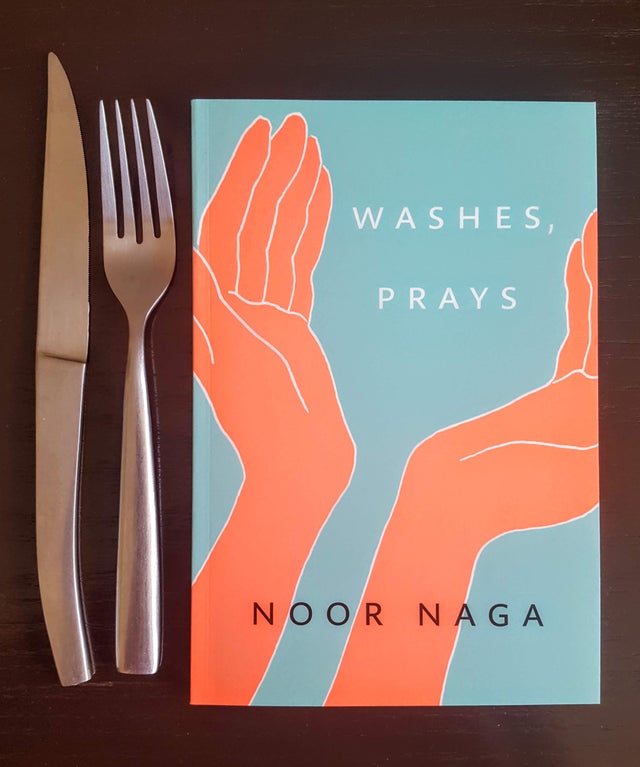 Coocoo is a young immigrant woman in Toronto. Her faith is worn threadbare after years of bargaining with God to end her loneliness and receiving no answer. Then she meets her mirror-image; Muhammad is a professor and father of two. He's also married.

Heartbreaking and hilarious, this verse-novel chronicles Coocoo's spiraling descent: the transformation of her love into something at first desperate and obsessive, then finally cringing and animal, utterly without grace. Her best friend, Nouf, remains by her side throughout, and together they face the growing contradictions of Coocoo's life. What does it mean to pray while giving your body to a man who cannot keep it? How long can a homeless love survive on the streets? These are some of the questions this verse-novel swishes around in its mouth. (M&S)

NOOR NAGA is an Alexandrian writer who was born in Philadelphia, raised in Dubai, studied in Toronto, and now lives in Alexandria. She is the winner of the 2017 Bronwen Wallace Award, the 2019 Disquiet Fiction Prize, and the 2019 Graywolf Press Africa Prize. Her work has been published or is forthcoming in Granta, The Walrus, The Common, The Sultan's Seal, POETRY, and more. Her debut novel American Girl and Boy from Shobrakheit is forthcoming from Graywolf Press in Fall 2021.