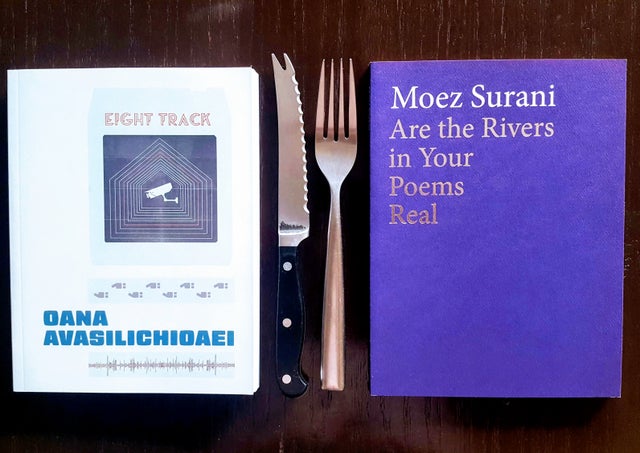 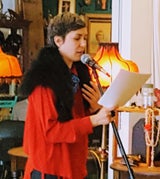 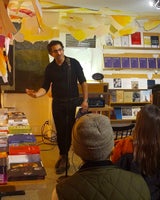 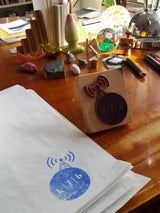 MOEZ SURANI ARE THE RIVERS IN YOUR POEMS REAL (Book*hug)

Poet and intermedia artist Oana Avasilichioaei’s Eight Track is a transliterary exploration of traces. Sound recordings, surveillance cameras, desert geoglyphs, drone operators, refugee interviews, animal imprints, and audio signals manifest moments of inspired wonder, systems of power, slippages, debris. In “the great era of seeing” when the boundary between tracking agent and monitored subject is worn thin by politics and commerce, Eight Track assembles a set of discordant melodies, polyphonic voices, transcriptions, theatres, and images in a struggle to hold on to agency and awe. Stirring from languages of oppression to languages of resistance, Eight Track echolocates the nameless, the noisy, the scattered, and the voiceless. This is ultimately a book of relations—of each of us to each other, to other life forms, to environments, to cultures, to the obsolete and the absolute, to the animal vitality we share.

Amidst the dangers of figurative language, the coercion of sentimentality, and the insidious freight of abstraction, these poems embody the necessity for the critical, the communal, the real. Moez Surani's Are the Rivers in Your Poems Real uses conceptual critiques of public discourse and experimental social cartographies, as well as lyrics of intimacy, to defy prescribed ways of being. This is an act of resistance against dangerous and domineering narratives, and the power they inscribe.

Oana Avasilichioaei interweaves poetry, translation, photography, sound, and performance to explore an expanded idea of language (whether textual, visual, aural, etc.) as reverberatory and evolutionary, polylingual and polyphonic poetics, historical structures, borders and movement. Her six poetry collections include We, Beasts (Wolsak & Wynn, 2012, A. M. Klein Prize for Poetry) and Limbinal (Talonbooks, 2015). Recent sound-performance works include EIGHT OVER TWO (2019, Semi Silent Award) and OPERATOR (2018), and she is currently writing a libretto for a one-act opera (FAWN, Toronto). She has also translated eight books of poetry and prose from French and Romanian, including Bertrand Laverdure’s Readopolis (Book*hug, 2017, Governor General’s Literary Award). Based in Montréal, Avasilichioaei frequently crosses borders to perform her work in Canada, the United States, and Europe, and she was the 2018 Audain Visual Artist in Residence at Simon Fraser University in Vancouver. See oanalab.com.

Moez Surani’s writing has been published internationally, including in Harper’s Magazine, the Awl, Best American Experimental Writing 2016, Best Canadian Poetry (2013 and 2014), and the Globe and Mail. He has received a Chalmers Arts Fellowship, which supported research in India and East Africa, and has been an Artist-in-Residence in Burma, Finland, Italy, Latvia, Taiwan, Switzerland, as well as the Banff Centre for the Arts. He is the author of three poetry books: Reticent Bodies (2009), Floating Life (2012), and Operations (2016), which is comprised of the names of military operations and reveals a globe-spanning inventory of the contemporary rhetoric of violence. Surani lives in Toronto.